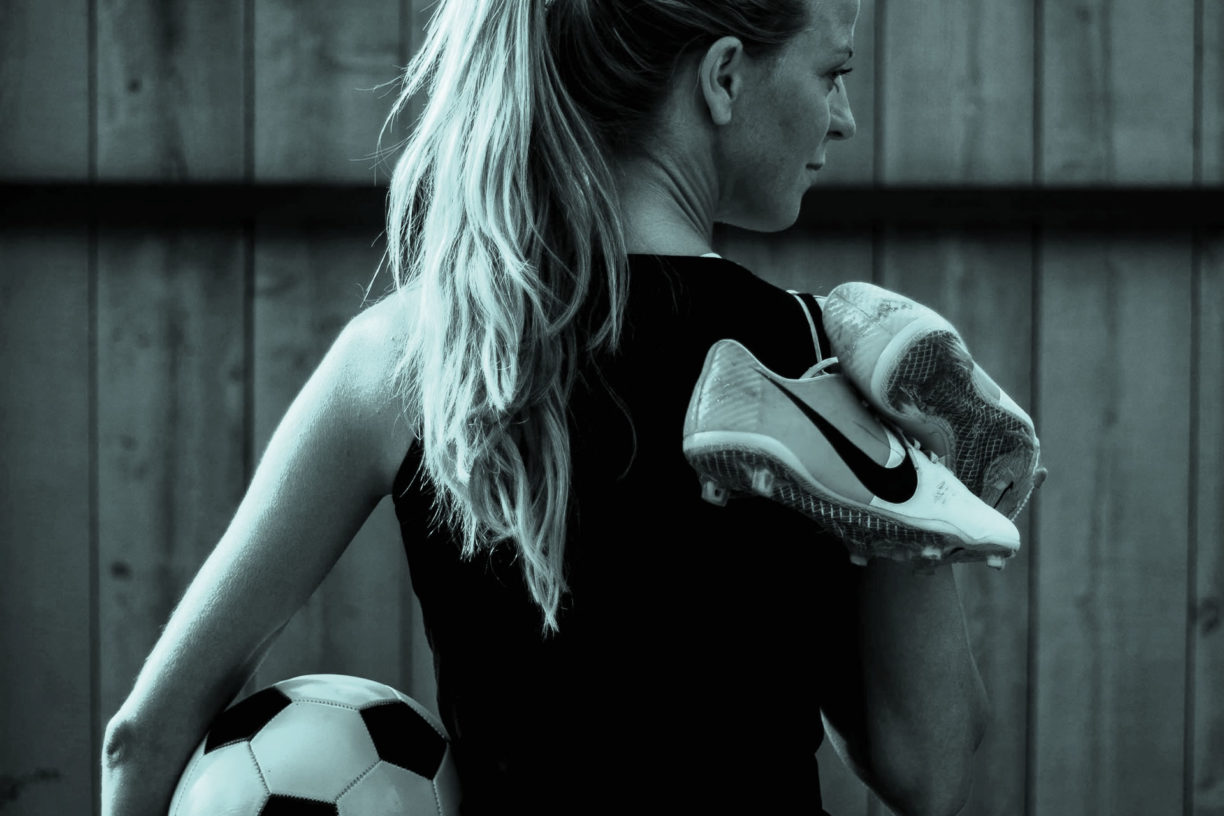 Ten years ago Rianne Schorel embarked on an incredible journey to recovery after sustaining a traumatic brain injury (TBI).

Every athlete’s response to physical injury is different, and so is the individual process of recovery. As a former soccer player and TBI survivor, I have spent the last ten years on a long, arduous, and eventful journey of empowering myself and rebuilding my life. The truth is there is no timeline or standard recovery or return-to-play protocol associated with a concussion. It is an invisible injury; tests cannot detect it and others do not realize the extent of your suffering or that you are in pain at all.

I trained to be a soccer player since I was a teen. I was driven, disciplined, and focused on my goals. At 16, I left Netherlands to live in the US on a scholarship and returned when I turned 22 to pursue my soccer dreams — to play for the Dutch National Team. In 2007, I became part of ADO Den Haag, one of Netherlands’ biggest clubs. I was a club figure, a role model, and I was unstoppable.

Nothing could have warned me about what lay ahead. In February 2008, during a routine scrimmage match, I got hit by the ball and suffered a concussion that not only put an end to my long-cherished soccer ambitions but also left me a nervous wreck.

TBI AND THE AFTERMATH

A concussion can vary from mild to moderate to severe, and without the right treatment may cause permanent damage or prove fatal. It is imperative to get the player off the field immediately after being hit and ensuring complete recovery before returning to play, factors which were unwittingly ignored in my case — the former by my trainer who failed to remove me from the field and the latter by my own enthusiasm for the game.

As an athlete, the fear of being replaced is real. I was angry at my predicament and anxious to get back on the field. I recalled my knee injury in a college match that left me with a torn meniscus had healed miraculously within three weeks with speedy rehab and my trademark persistence! In my naïveté, I was hoping for a similar result after my concussion. I did not comprehend the seriousness of my injury. I even played a few games till I was compelled to stop as it worsened my condition.

The experts called my injury a concussion and a whiplash and left it at that, there was a total absence of any prognosis. I had trouble dealing with light and noise. I suffered regular jolts of pain and other post-concussion symptoms including headaches, disorientation, nausea, ringing in the ears, speech impediments, and loss of balance. I was advised ‘complete rest to the brain’, that is no reading, no telly, no music — nothing that would strain the brain.

With no funds coming in for my rehab, I was left on my own. I couldn’t explain the changes in my personality, I was depressed, and had no control over my symptoms. From being in the limelight, I went on to confining myself in a dark and quiet room, slowly turning into a recluse.

After being denied admission to a rehab programme and post a six-month wait for psychiatric counseling only to be dismissed, I spiraled into an abyss of despair and anxiety and even contemplated suicide. They say you have to hit rock bottom before you can rise up again. I knew I could no longer continue living in this manner, with merely resting but no real sign of recovery.

CHARTING MY OWN PATH TO RECOVERY

At times, I would be beset with self-doubt but I knew that only I could steer myself on the right track again. I would read about other athletes who struggled with similar or worse traumas, even having to give up their sport. Their sheer will to rise above their adversity also inspired me to fight it out.

I decided to end my self-imposed isolation and take charge of my recovery and return to a meaningful life with encouragement from my family, my dearest twin Nanja, and my faith in God’s unwavering help. Throughout my life, His Grace has been constant in all my endeavors. I knew He would intercede for me, and I grew closer to God and derived strength from His Word.

Everything is possible for one who believes. {Mark 9:23}

“A cheerful heart is good medicine, but a crushed spirit dries up the bones.” {Proverbs 17:22}

I was no stranger to physical endurance and mental agility thanks to my soccer training. However, recovery after TBI meant paying close attention to the mind and body connection. I started taking baby steps on the road to recovery. I had to relearn certain basic skills. Based on the recommendations of therapists and neurologists, I started incrementally increasing physical exercise, for instance, starting with a few minutes walk a day. I set out new goals and began accomplishing more thus growing in my confidence and capabilities.

Turn your setbacks into comebacks